A Home For Every Pilot 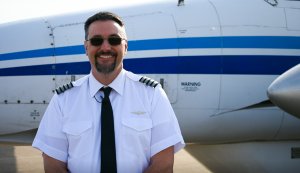 It’s no secret that the career of a pilot is quite unique, and at Ameriflight that’s no different. We’re lucky enough to attract pilots from all walks of life and to be able to help them achieve their career goals.

Whether you’re fresh out of flight school, retired military, transitioning from the majors, or looking for an outlined path to a large airline, Ameriflight has a spot for nearly every pilot. Take for example Captain Andy Routsong, who falls somewhere in the middle.

Andy came to Ameriflight in September of 2017, having never flown professionally. He entered into our Accelerated Captain Program and has quickly progressed in his career since.

“A friend actually recommended me to Ameriflight. He told me I’d gain a tremendous amount of experience and that Ameriflight was a great company to work for. I had been flying my whole entire life, however never for a living, and I thought this would be an awesome place to start,” said Andy.

“I started as a First Officer on the BE99 out in Seattle, Washington for about four or five months before heading to upgrade class and 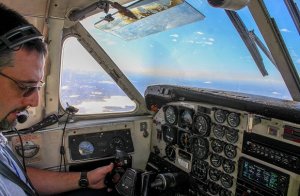 getting checked out as a Captain on the 99.”

Fast forward to now and Andy is currently based out of DFW. The day-to-day life of an Ameriflight pilot is a bit different than what you might expect, especially if you’re accustomed to the stereotype of cargo pilots flying night-only schedules or being away from home for weeks at a time.

“A typical day here at the Dallas base includes checking in early in the morning with dispatch, looking at weather, and chatting about any safety or security issues we need to be aware of for the day. Then we head down to the ramp and prep the aircraft for flight. We do a thorough pre-flight, both interior and exterior. We wait for the customer to load our freight and then we get ready to leave so we can be on time for the customer at the outstation,” said Andy.

Depending on the run, pilots may make a few stops before reaching their final outstation where they will sit for a portion of the day before getting loaded back up with cargo and heading home for the night.

“When I reach the outstation around eight or nine in the morning, I get marshalled in and open the doors and let the customers get their freight. I secure the aircraft for the day and then head to the hotel and go into ‘rest’,” explained Andy.

Some pilots, like Andy, prefer to sleep at their outstations. Other pilots may choose to explore whatever city they’re in for the day. Whether it’s hiking in the Rockies or enjoying the beaches in the Caribbean, the destinations pilots fly to at Ameriflight can be pretty unique. 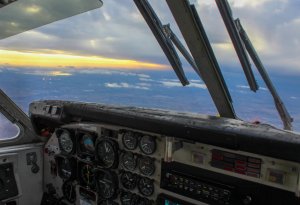 “The one really interesting thing about the Ameriflight job is you get a taste of the commercial aspect of aviation, but you also still get the touch of the general type aviation. For me personally, it’s quite fun because you get to go to the places you’re not going to fly into when you fly for larger airlines. We get to fly to some pretty interesting places.”

Most pilots at Ameriflight follow similar schedules to this, however each base and each route has its own unique schedule. Typically, pilots follow a Monday through Friday work schedule; leaving

in the morning, sitting at an outstation during the day and flying back in the evening, having nights and weekends at home.

After six months of flying the line, Ameriflight pilots have the opportunity to internally bid a new available base if they choose. With the chance to fly out of any of our 15 bases throughout the

United States, pilots at Ameriflight have many opportunities to gain both domestic and international experience.

“In my year and a half at Ameriflight, I’ve had the opportunity to fly out in the Seattle, Washington area, Phoenix, Arizona, Albuquerque, New Mexico, Salt Lake City, Utah, Buffalo, New York, and 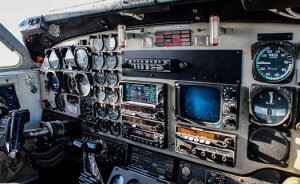 now Dallas,” said Andy. “That’s one of the most rewarding things… getting to fly a turbine powered engine aircraft over some of the most beautiful country you’ll ever see, you get that office with a view.”

An appealing schedule and internal bids aren’t the only things pilots gain from flying for Ameriflight. Quick upgrade times, challenging flying that hone stick and rudder skills, and leadership opportunities are also factors that make Ameriflight pilots stand out from the rest.

“One of my goals is to transition to the BE1900 and to also join the UPS® FlightPath Program. Ameriflight is very supportive of growing the individual and they do everything they can to help you achieve your goals,” said Andy.

“One of the great things about Ameriflight is you can make it a career if you like this type of flying. We have people who have been here for 20 to 25 years flying aircraft. If you want to build your time and get the experience and move on to bigger, different aircraft, that’s available for you too. Ameriflight provides you with all the tools you need. If you’re willing to put the effort in, you’ll have no problems getting through the program, and you’ll be a much better pilot after you get through.”

Whether a pilot’s goal is to fly at Ameriflight for the rest of their career or use Ameriflight as a stepping stone before moving on, one thing is for sure, when pilots leave here, they are well equipped with the knowledge, skills, and tools to attract any future employer.