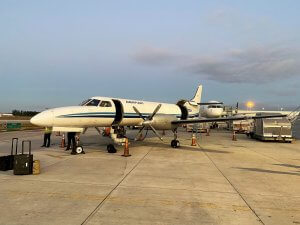 A new opportunity from a customer prompted us to open operations in Miami, FL. The turnaround time was quick, but thanks to our dedicated team, the operation kicked off without a hitch.

For some, Miami comes with familiarity. Ameriflight had a base in Miami previously. It was strategically shut down due to contractual 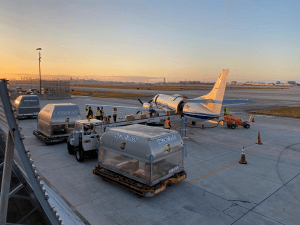 changes and staffing challenges. However, when presented with this location opportunity again, we were more than prepared and knew we could make it happen.

“When the chance presented itself to get back into Miami, we jumped at the opportunity. MIA is a gateway for Ameriflight. It’s one of the most heavily used airports for cargo in the United States. When there’s a part of the airport called ‘Cargo City’ you know the possibilities are endless,” said Robert Barrett, Director of Charter Sales.

Jumping on the opportunity is exactly what we did, and as most can imagine, starting up a new operation is no small feat. It takes a lot of work across many departments to make it happen. Throw in starting an operation that includes international routes and the workload almost doubles.

“We had to secure permits, landing slots, and handling at the airports, as well as setup customs manifests and an account with the MIA airport,” explained Robert. 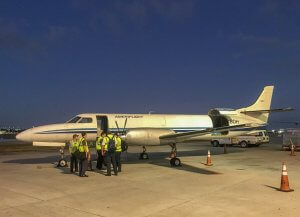 The Ameriflight team began working on the new MIA operations in mid-January. New runs typically start 120 days from the awarded bid. However, with a start date at the end of March, this operation was on a much tighter deadline, 60 days to be exact.

“Multiple departments made trips to MIA to coordinate with customers, mechanics, and more. Pat Kremer, Vice President of Tech Ops, and I drove six hours round trip to Key West to strategize with contract maintenance and the FBO. We wanted to make sure everything was done right,” said Robert.

Operations officially kicked off March 30 and were a huge success. Currently we have two routes out of MIA and both are operated with Metroliners. One runs from Miami to Key West, FL and back. The other runs from Miami to Merida, MX to Cancun, MX and back.

Without the dedication and hard work from the Ameriflight employees, starting this operation wouldn’t have been possible. Pat and his maintenance team prepped the aircraft. Dawn Deitmen, Director of Material and Business Processes, and her team set up parts and storage. Russ Swanger, Operations Manager, took care of the operational control and details for the international flights. Ryan Balzarini, Vice President of Flight, and his team handled management support. The Charter Department pilots filled in and will continue doing so until the operation is fully staffed. We even had Henry Gutierrez, a former Ameriflight MIA employee, brought on to assure all our bases were 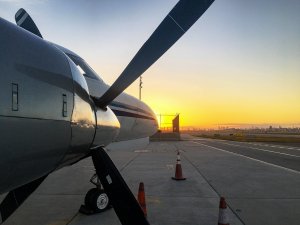 “Our MIA operation has the ability to pick up even more business. Our first week there, we received requests for additional routes. This interest was sparked from just seeing our aircraft land and takeoff at MIA. You can’t drive to the outlying islands, and that’s where Ameriflight comes in,” said Robert.

With the vast number of cargo operators hubbed at MIA, the possibility for growth and expansion in the future is very high for Ameriflight.

“One thing that is extraordinary, we were able to have a seamless transition into MIA with the current situation the world is in. I want to extend my thanks to everyone that made the MIA dream become a reality; it wouldn’t have been possible without everyone’s hard work. You usually don’t get a second chance and we took it head on with a running start,” said Robert.

Thanks again to all the Ameriflight employees who had a hand in kicking off the Miami operations,

we couldn’t have done it without you!