Making Moves – Relocating our BFI Base to GEG 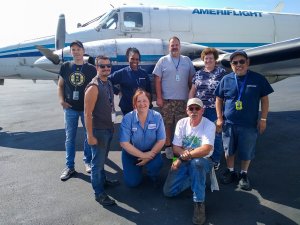 A customer network change prompted us to move our Washington base across the Cascade mountain range from Seattle (BFI) to Spokane (GEG). While it’s just a 281-mile move, a lot goes into relocating an entire base operation. Thankfully, Ameriflight is staffed with a hardworking team that was more than capable of tackling this immense job.

With a 120-day head start to the first scheduled flight out of GEG, Dawn Deitmen, Director of Materials and Business Processes, and team got to work on making the move as quick and seamless as possible. The first step? Finding a hangar. 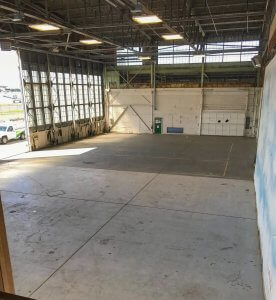 “The first thing that had to happen was to find an appropriate space to move. GEG had limited options, but, luckily, Western Region Operations Director Paul Halter was able to find us a hangar and an administration building. We then had to transfer services from BFI to our new space in GEG,” said Dawn.

Once the logistics of transportation, equipment rental, temporary help and all else were in place, it was time to pack up and head to GEG.

“We had a team of nine employees from Ameriflight and one temp. So, with a team of 10, we packed parts, furniture, technology, and equipment from the BFI hangar onto two semis and one U-Haul.  We had all the trucks loaded by midnight, which was an amazing feat,” said Dawn.

The next morning, the team flew to GEG to meet the trucks and get to work unloading into the new space.

“We met in GEG and unloaded the trucks, built the shelving, organized the equipment and parts, started up most of the services, built two stockroom areas, the administrative area, break areas and hangar areas, all of which was completed within four days,” said Dawn. 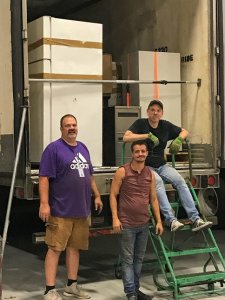 The team behind the move consisted of Dawn Deitmen, Randy Perry, Linamarie Johnson, John Erwin, Diana Okello, Steve Clark, Sam Luciano, Manny Romero, and Nicolas Force. Big kudos to this hardworking team for not only making the move happen, but making it happen without any delays at GEG during the startup.

“I am extremely proud of my team. They are the hardest working and most positive group of people who want it done right and are willing to make it happen. They worked some extremely long hours but did it all while smiling,” said Dawn.

While GEG is a new base for Ameriflight, it’s a familiar spot as we have operated out of GEG in the past.

“Since 2010, much of the BFI operation would temporarily move to GEG for Peak Season. The mechanics would work out of a mobile van. They would stay in GEG for the week and return to BFI for the weekend. Our mechanics went above and beyond to make sure Peak ran efficiently out of GEG in the past,” explained Dawn Deitmen.

In total, the GEG base will have three daily flights, plus the DHL flight that will fly out of the Seattle outstation. Six pilots, four mechanics, and additional staff are now based and work out of GEG.

“I have open, closed and moved several bases in the past and I have never had a team so committed to making sure we met the deadline regardless of the many obstacles that occurred.  This team worked very long days for three weeks and there was not one complaint or internal conflict.”

“Their work ethic and commitment to Ameriflight should be an inspiration to all.  I am honored to have led this team during this move and I am so proud to work with of each of them,” said Dawn.

A big thanks to this hardworking and committed team!

Each of you played an important role in the move and it could not have been done without you. Thank you! 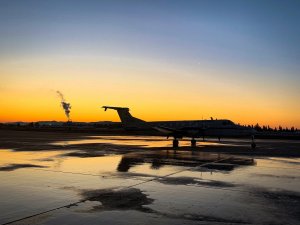 One of the first flights out of GEG 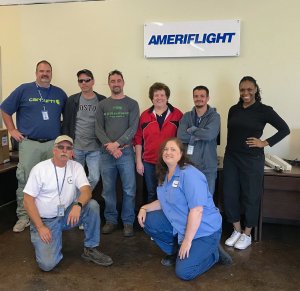 The team behind the move 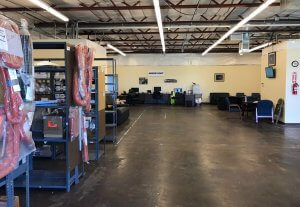