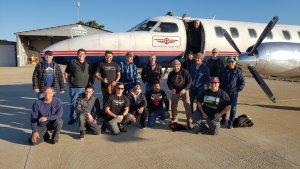 At Ameriflight, we’re all about Delivering More Than Cargo. It’s what’s inside the boxes – school supplies, vaccines, medicine, flowers, birthday gifts, etc. – that keeps us moving. And for one Ameriflight employee, delivering more than cargo extends beyond his job with us.

Ameriflight SA227 Captain Mike Gabelman founded a California based, non-profit called Mission Flight – an organization that leads trips to hard-to-reach areas in Mexico to transport medical professionals and deliver supplies to communities where there is significant need.

“I started Mission Flight in 2016 with my Cherokee Six to take a few doctors and dental friends of mine to further pockets of poverty. Mission Flight is a simple bridge, or conduit, that enables volunteers and supplies from the U.S. to serve people in serious need,” says Mike.

Every month, Mike and several volunteers load their planes with gear and head down to one of Mission Flight’s three sites in Mexico – San Quintín in Baja California, MX, Culiacán in Sinaloa, MX, and a remote mountain area near Nayarit, MX. 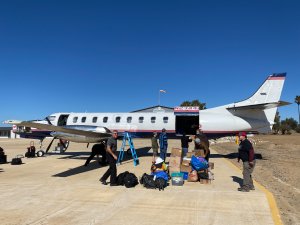 “We take teams down to Mexico about once a month, plus supply runs in between. A typical trip starts on a Friday morning. We load everyone and everything up and fly down to one of our clinic sites to open by early afternoon. We’ll serve all day Saturday and close in the evening. Sunday is just breakfast in the morning and then travel back home,” Mike explained.

What started as a one plane organization, has turned into much more. Now, Mission Flight has nine planes total, including an aircraft that Mike recently purchased and donated to the organization.

The donated aircraft is a Metroliner, a type of aircraft Ameriflight also operates. The connections Mike has with Ameriflight has made a significant impact on his volunteer work and role as Executive Director and CEO of Mission Flight.

“With the Metroliner, we can now reach our furthest clinic with a non-stop 900NM leg from Ensenada, CA to Tepic, MX. This saves one full day of travel on each end of the trip, which for doctors and dentists, is HUGE! 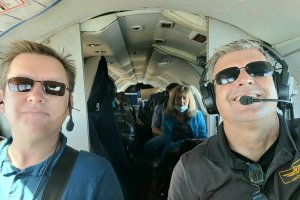 With both the logistical and onsite efforts individuals from the airline have been involved with, its clear Ameriflight is here to support the mission of Mission Flight long term. “The objectives of Mission Flight, and the ability to help our employees with philanthropic efforts creates win-win outcomes for our industry and our corporate culture. We’re honored to support Mike and the Mission Flight team,” says Ameriflight President & CEO Paul Chase.

Current Ameriflight employee, Matt Preston, volunteered as the Metro First Officer on one of Mission Flight’s recent trips San Quintín, MX in January. Matt describes his experience on the trip.

“Mike approached me and several other Ameriflight pilots looking for volunteers. We would fly the Metro, occupied by 12 passengers plus two crew members, alongside a smaller, single engine plane down to San Quintín, MX to volunteer for the weekend,” explained Matt. 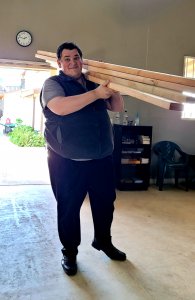 “Our trip began on Friday, January 21. We departed San Jose, CA and went to Ensenada, MX to clear customs before continuing to our destination.

Once in San Quintín, we were met by the locals with a small bus that brought tools and supplies to the job site. The projects on this particular trip included transportation of donated supplies, construction of new storage rooms inside their buildings, dental care, and several other construction projects. I volunteered for miscellaneous labor projects throughout our two workdays in Mexico.

Mission Flight provided food and a room at a local hotel for me as a volunteer pilot as well as covered all entry and exit costs to and from Mexico. On Sunday morning, we departed San Quintín to clear Mexican Customs in Ensenada again. This was followed by a flight to San Diego Brown Field for United States entry and customs before taking our passengers back to San Jose,” Matt recalled.

Doctors, dentists, and hygienists are only able to reach these areas because of volunteer pilots and organizations like Mission Flight. However, volunteers don’t have to be in the medical or aviation field to make an impact. Since starting six years ago, Mission Flight has expanded and added additional volunteer programs and ways to give back.

“We started a flight school and club out of Redlands, CA that ‘spun off.’ I enjoy watching it grow under its own leadership team now. We also have three growing programs in the U.S. under the leadership of some amazing volunteers, such as the SOAR program for kids with special needs. It’s all super fun!” said Mike.

Looking ahead, Mission Flight has upcoming trips planned for Apr 28 – May 1 and May 19-22. A full list of this year’s trips, as well as all volunteer opportunities with Mission Flight, can be found on their website.

“Our goal at Mission Flight is to sustain a healthy growth trajectory and to serve more people in need in the safest manner possible, but we can’t do that without volunteers. You do NOT need to be a pilot or medical professional to volunteer; just a willing heart to help people in need and a willingness to work hard. So, ANYONE can come!” says Mike. 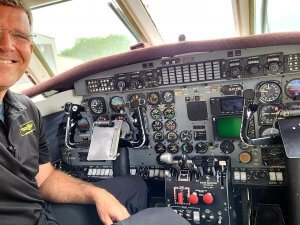 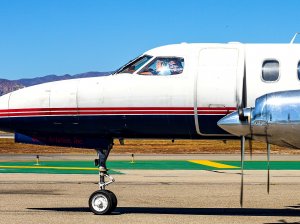 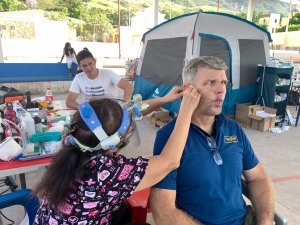 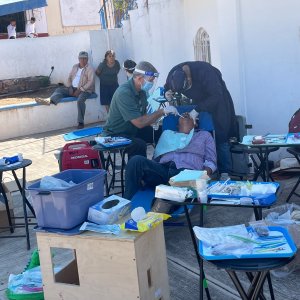 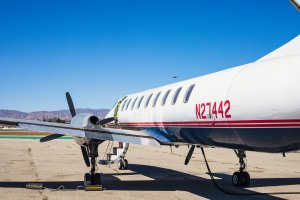 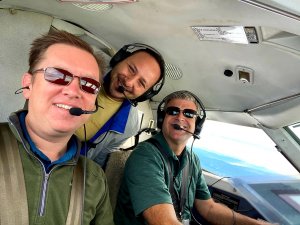 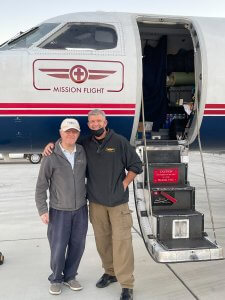 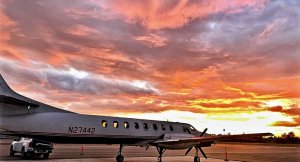