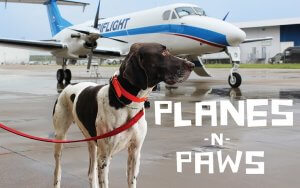 Tails were waggin’ and planes were sat in at the 3rd annual Ameriflight Planes and Paws event. On October 19th, 2019, we teamed up with Operation Kindness, a North Texas no-kill animal  shelter, for an afternoon full of planes, paws, and fun.

This year, five of the eight dogs brought by Operation Kindness were adopted and found their fur-ever home. Ameriflight sponsored three of the dog adoptions, including Ameriflight employee, Sam Luciano’s, adoption. Sam adopted a 2-month-old, 11-pound, Australian Cattle dog, originally named Piglet. Sam decided to rename Piglet to something a little more aviation related and went with Amelia, after Amelia Earhart of course!

Aside from adoptions, Ameriflight also collected donations and sold T-shirts with 100 percent of the proceeds going back to Operation Kindness. There was also an outside donation made to Operations Kindness from Enterprise, who donated $1,500.

Many Ameriflight employees brought their own dogs to join in on the fun and hang out. In addition to dogs, attendees were able to tour our aircraft, tour our hangar, and talk to Ameriflight recruiters about potential job opportunities.

A BIG thanks to Ameriflight employee, Robert Barrett, for heading up the event. After adopting his dog, Dallas, from a shelter in DFW, Robert got the idea to do an adoption event at Ameriflight. Robert got in contact with Operation Kindness, and the Planes and Paws event was born! It has been a success for three years in a row now, and we’re already looking forward to next year.

Thanks to everyone for attending the event!

If you didn’t get to attend but are interested in adopting a dog, donating, or volunteering with Operation Kindness, visit their website: operationkindness.org

If you didn’t make it out and are interested in speaking to a recruiter about potential pilot, or other job opportunities at Ameriflight, email: pilothiring@ameriflight.com 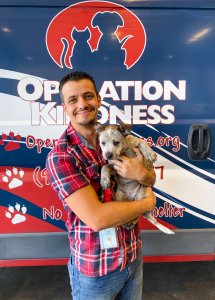 Sam and his new pup, Amelia

One of the five dogs adopted, Wyatt. 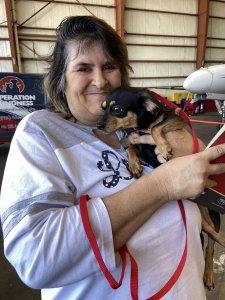 One of the five dogs adopted, Juliana. 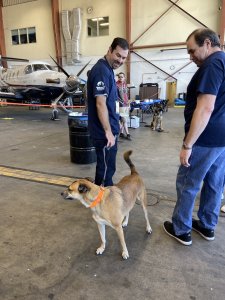 Robert Barrett and his pup Dallas. 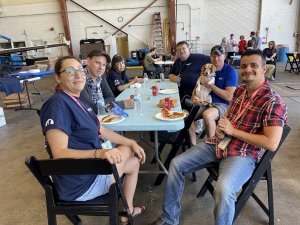 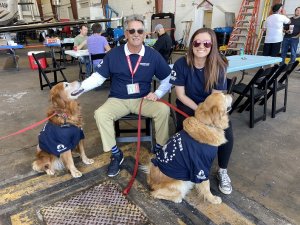 Pilot Recruiter, Zeke Zietak, and his daughter, Lisa, hanging out with Tilly and Cody the Golden Retrievers. 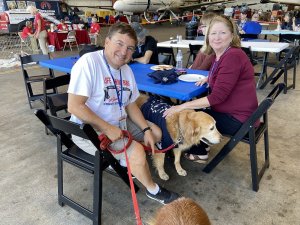 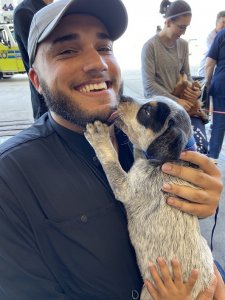 Terrence Braddock getting a puppy kiss. 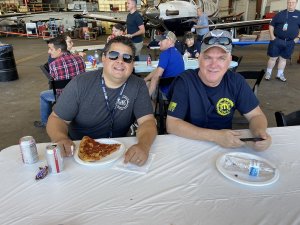 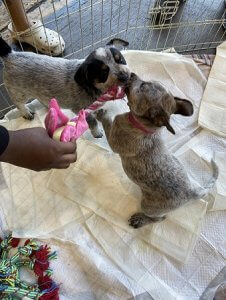 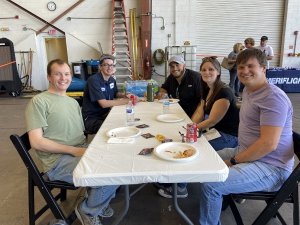 Ameriflight employees hanging out at the event. 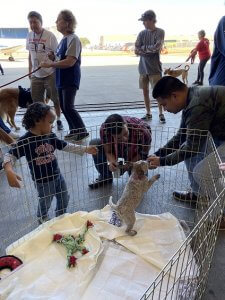 Amelia before getting adopted.