The Beagles Have Landed 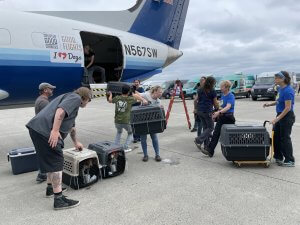 Volunteers unloading the Beagles at PDX

Nearly 150 Beagles were transported on an Ameriflight EMB120 to their new homes in the Pacific Northwest last weekend. 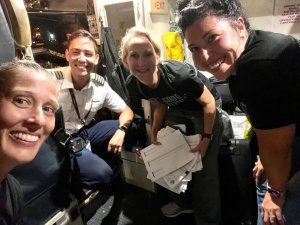 The dogs were previously kept at a mass-breeding facility in Cumberland, VA, which bred dogs to be sold to laboratories for animal experimentation. About 4,000 beagles are being removed, most of which hardly ever saw the outside of their kennels. Now, thanks to a team of hardworking organizations, individuals, and volunteers, the pups are well on their way to their loving furever homes.

Captain Steve Denton and First Officer Corey Strain then completed re-fueling and briefings and departed for the remaining 4-hour non-stop trip to Portland, OR. 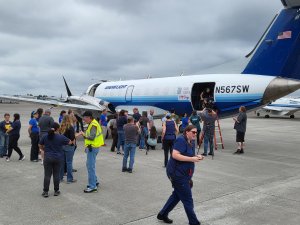 Unloading the pups from the EMB120

Upon arrival at PDX Airport, “the volunteers cheered when the EMB120 taxied in and then gave out another roar as the cargo door was popped. The dogs started barking and there were lots of smiling faces,” recalls Steve. 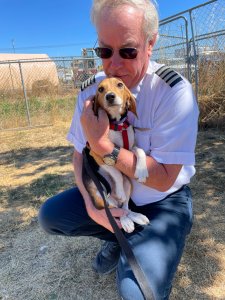 The pups were then offloaded into sprinter vans and taken to multiple humane societies throughout Washington and Oregon where they will be given any necessary follow-up medical care before finding their forever families – one family being Captain Steve Denton’s. Steve and his wife are currently working with the Oregon Humane Society to adopt one of the dogs and give it a safe and loving home for the rest of its life.

Thanks to Greater Good Charities, iHeartDogs, The Humane Society of the United States, the Ameriflight Charter Department, and countless other volunteers for their dedication and hard work. This flight was just the beginning of the ongoing efforts to help remove Beagles from the mass-breeding facility.

The next beagle-exclusive flight will depart on August 31, 2022 and is another step in giving these pups a new life and home.

“It was the most rewarding flight I’ve ever done. The amount of logistics involved in this process behind the scenes was INSANE. Now these beautiful pups have a chance at an amazing life with loving families,” said First Officer Corey Strain.

You can lend your support and help give these Beagles a second chance by donating. Just $25 helps cover the fuel costs of flying a Beagle towards safety. Click here to donate. 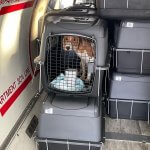 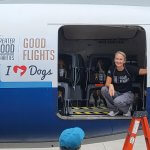 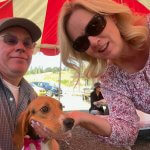 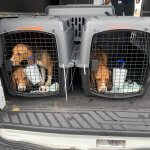 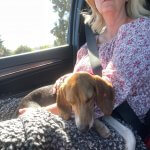 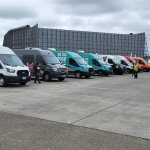 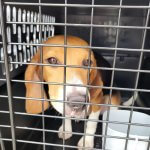 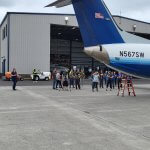 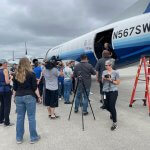 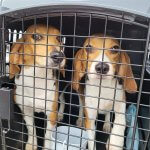 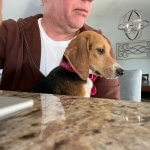