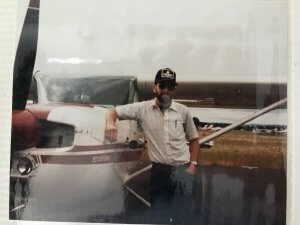 When it comes to flight hours, 10,000 is more than just a big number. For most pilots, it’s a career goal a long time in the making. It’s also a lot of work and dedication, with a little fun thrown in here and there. Ameriflight Captain Steve Denton recently logged his 10,000th hour of flight time and it’s been nearly 31 years to the day that he took his solo flight.

“Somewhere over the Cascade Mountains between RDM and PDX, I reached the 10,000 hour milestone. I know, I know… It’s just a number, but it’s an interesting one. I still remember that day in 1988 when a cocky aviator wearing a Top Gun hat named Steve Denton soloed for the first time,” recalls Steve. 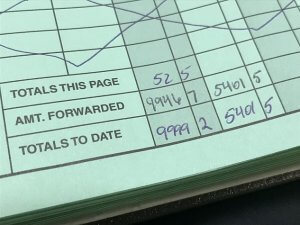 It was July 4th, 1988 to be exact, when Steve took his first solo flight. From there, he began to build his time and his career.

“I learned to fly in 1988 and earned the required certificates and ratings to become an instructor by 1992. I was a glider tow pilot for a while (and earned the commercial glider certificate). I became an Ag pilot in 1995, leaving that career after three seasons in 1997. I also worked for Air Methods until the base in Livermore, California closed in the fall of 1997,” said Steve.

Three years later, Steve found his way to Ameriflight where he would not only accrue time flying but would also instruct with the Flight Training Department, among other things.

“I joined Ameriflight the first time in late fall of 2000. I started with bank note flights in the CE-402, and graduated to my first turbine airplane, the BE99, four months later. By 2007 when I left for an aeromedical job, I had accrued 3,000 hours in the 99 and was a company instructor / check airman. To this day Ameriflight uses the BE99 systems guide I wrote as a training aid for new 99 pilots.  I was also typed in and flew the SA227 Metroliner,” said Steve.

Steve left Ameriflight for a stint to do some flying for aeromedical companies. He credits his experiences at Ameriflight for preparing him to excel and progress in these new opportunities.

“When I left Ameriflight in 2007, I flew PC-12 airplanes for two companies doing aeromedical transport. My experience with Ameriflight provided the opportunity to become a company instructor / check airman in both the PC-12 and the PC-12NG (next gen) airplanes. Between the two aeromedical jobs, I worked for Pacific Seafood as a corporate pilot and typed in the Lear 31A and Lear-60 jet,” explained Steve. 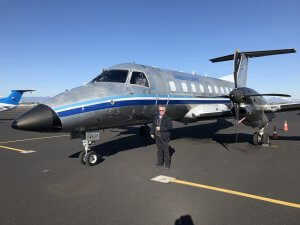 Fast forward to December 2017 and Steve made his way back to Ameriflight, this time as a Captain in our largest aircraft, the Embraer 120.

“Returning to my roots at Ameriflight, I was offered the opportunity to type in the EMB-120 Brasilia. I fly it daily now on the PDX-RDM route, and recently got promoted to IOE Captain. Since I really enjoy teaching, this will be an exciting assignment,” said Steve.

Throughout his almost 31 years of building time, Steve has done quite a bit of flying and he’s taken opportunities to share his knowledge and experience with other pilots, too.

“Along the way, I’ve turned wrenches as an A&P mechanic, and taught a lot of people how to fly, including Ameriflight BE99 pilots who still learn with the systems guide I wrote for Ameriflight in 2004. I’ve also had the honor of teaching and checking in the BE99 for Ameriflight, and aeromedical pilots learning the PC12 and PC12NG airplane for Metro Aviation. I never thought I’d see myself in the command seat of a 30-passenger commuter airliner, but here I am, and I feel truly blessed to have a job that I honestly enjoy,” said Steve.

We couldn’t be prouder to have Steve on the Ameriflight team. Not to mention, logging his 10,000th hour of flight time in one of our aircraft is truly an honor.

Congrats, Steve! We look forward to seeing what milestone you reach next.